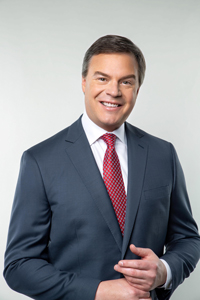 Mobile personal injury attorney Dean Waite has years of experience handling complicated cases throughout Alabama. He knows how to win tough cases and get people the money they deserve. His relentless pursuit of justice on behalf of clients has helped him build a reputation throughout Alabama.

The founder of Dean Waite & Associates, LLC, attorney Waite believes every injury victim deserves to be treated with respect. This means he works tirelessly on behalf of every client. He never takes anything for granted. He does the work that needs to be done to deliver results.

Some law firms avoid complex cases. Dean Waite thrives on them. He aggressively researches every single case. He turns over every stone in pursuit of justice. That’s the Dean Waite way!

A former college football referee for the Southeastern Conference, Waite didn’t hesitate to make the call when he was officiating a game. If you’ve been injured in a car wreck or any other manner, you don’t hesitate … Call Dean Waite!

Born in Fort Lauderdale, Fla., Dean Waite grew up in Atlanta, Ga., and went on to study at the University of Georgia. He received his undergraduate degree and law degree there. Mr. Waite then moved to Mobile and began his legal career.

After serving as a law clerk, Mr. Waite began practicing in the area of personal injury law and has represented the injured for over two decades. To learn more about how attorney Waite can help you, contact our law firm and schedule a free case evaluation. Call (866) 434-5840.

Best of all, you don’t have to worry about whether you can afford to hire attorney Waite. That’s because he works on a contingency fee basis: you only pay if you win. It’s that simple. Learn more about attorney Waite below. Then contact us. Your case matters here.

A former college football referee in the Southeastern Conference

Like so many Alabamians, Dean Waite loves football. He was a college football referee in the SEC for four years. He was in the middle of the action, making calls on the gridiron.  When you call Dean Waite for help with your personal injury case, you just might recognize his voice from local sports radio. Dean now hosts a segment called “Waite for the Call” where he talks about officiating calls made in games the previous weekend. While he certainly will take your case seriously, Dean Waite is approachable and down to earth. He’s happy to talk football and reminisce about the games he was a part of when wearing black and white stripes.

Dean lives in Mobile with his wife, Nicole, and their son. In his spare time, Dean enjoys catching Speckled Trout in the beautiful waters surrounding the Mobile area, as well as spending quality time with his family.