Home >> Blog >> Aggressive driving and road rage are on the rise

Aggressive driving and road rage are on the rise 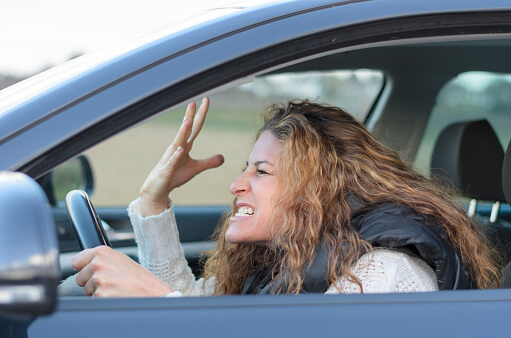 Stress is an unfortunate part of the everyday lives of Alabama residents, as well as people all across the United States. In 2018, Americans were found to be among the most stressed-out people in the world, according to a Gallup poll.

That stress often plays out on the road. Whether you're traveling on Interstate 10 or Interstate 165, you may have seen another driver weaving through traffic or speeding. Perhaps you've witnessed or experienced someone tailgating, making erratic lane changes, or refusing to yield the right-of-way.

Perhaps you have experienced rude gestures, yelling, or honking. These are all common forms of aggressive driving and road rage. According to a AAA Foundation for Traffic Safety study, reported by CNN, a large percentage of drivers have admitted to engaging in this type of behavior or expressing anger at least once per year.

What happens when aggressive driving is taken to extreme levels

In less common and more severe cases, drivers who participated in the AAA study admitted to doing the following:

According to The Trace, a nonprofit news outlet, roughly 620 drivers who engaged in road rage in 2016 went as far as to brandish a gun. Approximately 325 incidents involving guns were reported during the first half of 2017.

What causes extreme incidents of aggressive driving and road rage?

Some people have little regard for other drivers or the law and feel that their reason for being on the road is more important than everyone else's. Others have a difficult time containing their anger and tend to lash out at drivers who make careless, but inadvertent, mistakes.

Any person can, at some point, turn into an aggressive driver or road rager for these reasons:

Ava Cadell, PhD, psychologist and instructor at the Institute for the Advanced Study of Human Sexuality in San Francisco discusses the root cause of road rage.

"The heavy metal of a car is a safe haven. Road ragers don't think about the consequences or even about other people on the road as real people with real families," said Cadell. "Road ragers are selfish, power hungry, angry, and vindictive."

How can road rage be prevented?

Road rage can easily be diffused by following these steps:

If you notice someone driving aggressively, do your best to keep a safe distance from them. If someone is aggressively tailgating you, simply pull over and let them pass. Should you or a loved one be injured in a crash with someone who was driving erratically or engaging in road rage, speak to an experienced Mobile car accident attorney as soon as possible.

The legal team at Dean Waite & Associates, LLC will fight to hold aggressive and reckless drivers accountable for their actions. We'll also fight to maximize your compensation to cover your medical expenses, lost wages, pain and suffering. Contact us online to get started.