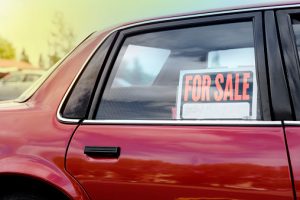 The cars we drive are getting older. But unlike fine wine or your favorite cast-iron pan, vehicles don't necessarily get better with age.

In fact, a recent study by researchers from Australia and New Zealand opine that aging cars fail miserably by today's safety standards, particularly when colliding with newer, more well-designed vehicles that have the benefit of decades more engineering advancements and regulatory requirements.

In research by ANCAP (Australasian New Car Assessment Program), a late-1990s model Toyota collides in a crash lab with its 2015 counterpart. Although it stands to reason a newer car may have additional safety protections, most of us don't fully appreciate how much car safety has advanced even within just the last 20 years. That's part of what makes the video so stunning. In a small-overlap, head-on collision at 40 mph, the older vehicle crumples, completely mangled and buckled. Meanwhile, the newer model is kept largely intact.

Study authors say the occupant of the smaller car likely would have died, or else suffered massive head, chest and leg injuries. Occupants of the newer car, meanwhile, likely would have emerged without life-threatening injuries. Those in vehicles manufactured prior to 2000 are four times more likely to die in a car accident than those traveling in cars made after 2011.

For one thing, the older model vehicle is not equipped with an airbag. Although this feature was mandated in U.S. markets by 1998 (the year the older vehicle was manufactured), it wasn't yet required in Australia. That's a big difference, but in this particular case, researchers say, it wouldn't have mattered. The passenger compartment intrusion was so great that damage to the occupants likely wouldn't have been much prevented by an airbag. In other words, it was the structural deficiency - described by ANCAP as "catastrophic failure" - that mattered most.

Although the older vehicle was manufactured at a time when crash test ratings were firmly in place - and would have passed the standards of its day - it received 0 out of 5 stars by today's crash test ratings. Meanwhile, the newer model received 5 out of 5 stars. (In the U.S. crash rating system, overseen by the National Highway Traffic Safety Administration since 1978, crash ratings go from 1 to 5.)

While most of us recognize that vehicles from the 1970s and 1980s may not be as safe as those of today, it's easy to forget how far we've come just in the last decade or so, with the benefit of features like electronic stability control, lane detection, forward collision warnings, multiple airbags and rear-view cameras.

Even a driver in a car manufactured between 2003 and 2007 was 20 percent more likely to be fatally injured than drivers in cars produced between 2008 and 2012.

The severity of one's injuries is a factor in whether they will need legal help recovering damages for their injuries. Our auto accident attorneys in Mobile are dedicated to helping you identify all possible avenues for recovery of damages following a serious crash.