Alabama 15th Most Dangerous State for Motorcyclists and Bicyclists 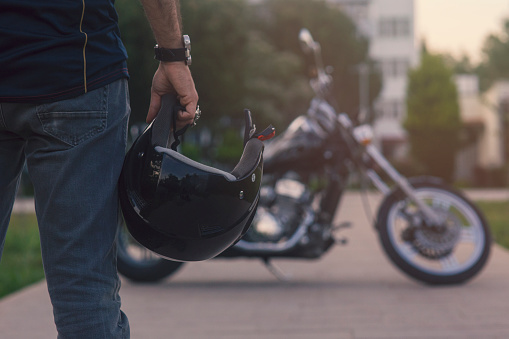 Motorcyclists and bicyclists in Alabama have one thing in common: they are often not seen by motorists. Sometimes, they're treated as a nuisance.

An average of four motorcyclists and/or bicyclist fatalities are investigated in Mobile and Baldwin counties in a span of 90 days, according to the Alabama Law Enforcement Agency. In 2017, approximately 79 motorcyclist and bicyclist fatalities were reported statewide, and those numbers are only expected to rise. This has earned Alabama a ranking of 15th most dangerous state for bikers by the U.S. Department of Transportation (USDOT).

Lawmakers, advocates looking out for motorcyclists and bicyclists

State lawmakers and safety advocates have been working to bring these numbers down. For example, Baldwin County Trailblazers administrator Jane Hill has been advocating for new state laws. One, in particular, would allow bicyclists to treat stop signs as yield signs. The bill (AL SB273) was proposed by Senator Gerald Allen (R-Tuscaloosa) and state Representative Victor Gaston (R-Mobile) but died in the committee.

Another bill that was introduced by Rep. Gaston would have allowed both motorcyclists and bicyclists to disregard red lights and proceed when there is no traffic present. This bill also died in the committee.

“We are trying to educate cyclists to be visible, vigilant, predictable, and wear a helmet, and to educate drivers that bicycles have a right to be on the road and to give them at least three feet,” said Hill.

Mobtown Riders are a nonprofit motorcycle organization. After several members were involved in a crash, the group has added more safety measures. According to WKRG, the crash occurred at the intersection of Highway 90 and Landsowne, resulting in two members sustaining injuries.

According to AL.com, the motorcycle community and cycling community see eye-to-eye on one thing: crashes involving motorcycles and bicycles are often caused by distracted driving. Alabama, however, has yet to pass a law banning the use of cellphones behind the wheel.

The law currently prohibits motorists from using cellphones to type, read, or send texts whiles driving. The penalties for violating this law include a $25 fine for a first violation, $50 fine for a second violation, and a $75 fine for any third or subsequent violation. This law doesn't include making calls, browsing the internet, or using apps, like the laws in many other states do.

If you or a loved one was hurt in a crash as a result, don't hesitate to speak to an experienced Mobile car accident attorney at Dean Waite & Associates, LLC. To find out how you can recover all damages owed to you, contact us for a free case evaluation.