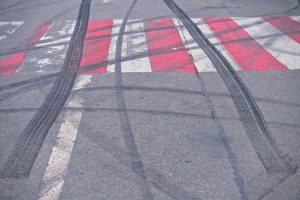 As walkable communities are becoming more and more popular, accidents involving pedestrians are also on the rise. Car manufacturers are taking steps to prevent collisions with pedestrians, which are a major safety concern here in Alabama.

A 2018 report by the Governors Highway Safety Association stated that Alabama ranks eighth highest in the country for pedestrian deaths.

Pedestrians now account for roughly 16 percent of all motor vehicle deaths, the group said. That number was 11 percent just a few years ago.

The Insurance Institute for Highway Safety set a goal of reducing pedestrian crashes in 2019 by rating automatic emergency braking systems that can detect and brake for people on foot.

Eleven small SUVs were evaluated and 9 earned an advanced or superior rating for pedestrian crash prevention.

A 2011 IIHS analysis of 2005–09 crash data estimated that pedestrian detection systems could potentially mitigate or prevent up to 65 percent of single-vehicle crashes with pedestrians in the three most common crash configurations and 58 percent of pedestrian deaths in these crashes if all vehicles were equipped with the systems.

The scenarios used to test and rank the systems were:

Autobrake systems that detect pedestrians could greatly reduce deaths in Alabama due to crashes with pedestrians. According to the study, If a collision is imminent, the system typically alerts the driver and can apply the brakes far faster than a human could react. This technology has the potential to save lives.

Attorney Dean Waite has the experience and expertise to help if you’ve been injured as a pedestrian. Contact our law office today to learn more about your rights.