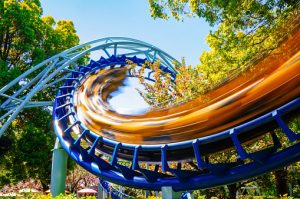 The South has a long history with carnivals. Close proximity to Disney World and Gibsonton, Florida, where many national traveling sideshows have wintered for generations, mean Alabama communities have long been stops for carnival and circus operators.

Unfortunately, these companies face little, if any, regulatory oversight regarding making sure their rides are safe for Alabama fairgoers.

Earlier this year, a carnival worker was killed in Birmingham after climbing a ride while trying to repair a maintenance issue. A death last year at the Ohio State Fair and a recent incident involving a Florida roller coaster have safety advocates concerned about the lack of oversight when it comes to amusement park safety.

Security Baron recently reported that Alabama is among 7 states that have no inspection requirements for amusement park operators. By contrast, Insurance Journal reports Pennsylvania has 1,000 licensed inspectors.

Traveling carnival rides are regulated by the Consumer Product Safety Commission (CPSC), though safety advocates contend the agency mostly responds to accident injuries after the fact. In 1981, Congress eliminated the agency's authority over permanent parks. Meanwhile, the CPSC estimates some 37,000 people seek treatment at hospital emergency rooms each year due to injuries sustained on amusement park rides.

National Law Review recently pointed to lax regulations and the inherent risks associated with frequently moving and reassembling rides in new locations as the primary reasons for amusement park accidents.

Amusement park operators are responsible for the actions of staff. However, lack of inspections and the transient nature of the industry often means few employment records and a mobile workforce. Personal injury lawsuits often allege negligence. Premises liability and product liability legal theories may also be relevant. Meanwhile, many amusement companies try to avoid responsibility by relying on liability waivers typically printed on the back of tickets.

In many cases, these waivers will protect a defendant from "inherent risks" but will not protect against claims of negligence or intentional torts, such as assault. Operators must also take special care to prevent foreseeable risks involving children.

Early consultation with an experienced personal injury lawyer in Mobile, AL can help you preserve evidence, identify responsible parties, and determine the best way to protect your rights to an appropriate financial recovery.

If you sustained an injury at an Alabama amusement park, consult with an attorney at Dean Waite & Associates, LLC for legal advocacy.