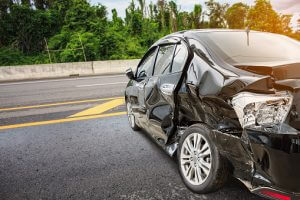 In Alabama, drivers are twice as likely to be killed in a motor vehicle crash as the average person in the United States. This troubling news comes from Alabama.com, which warns fatality rates in Alabama collisions are some of the worst nationwide.

With Alabama roads already so dangerous, new data from National Highway Traffic Safety Administration (NHTSA) should be especially troubling for Alabama motorists. The new data reveals a nationwide increase in motor vehicle collisions in 2015 as compared with prior years.

Car crash fatalities have been going down, including from 2013 to 2014 when there was a slight decline in the number of people killed in motor vehicle accidents. Nationwide, in 2014, 32,675 people were killed- which was a .01 percent decline as compared with in 2013.

Unfortunately, this trend is not continuing. Preliminary data from the first part of 2015 shows the fatality rate is up 8.1 percent this year as compared with the same time period last year. There is a 4.4 percent increase in the fatality rate in 2015 compared with 2014, which is troubling because the 2014 fatality rate had fallen to a record low of 1.07 fatalities for 100 million vehicle miles traveled by motorists.

There are many potential reasons why there are more car crashes in 2015. Improvement in economic conditions and low gases prices are likely two of the major driving forces explaining the higher fatality rates and higher crash rates. With more money and with lower-priced gas, motorists are more likely to go places and more likely to go on longer trips. This leads to more people on the roads, and crowded roads are always going to raise crash risks.

Despite the explanations, however, steps should be taken to try to bring crash rates back down, as good economic conditions shouldn't always translate to more people losing their lives in motor vehicle accidents. It is up to drivers to make smart choices to try to keep crash rates down even as there are more drivers on the roads.

There are a few simple things drivers can do to make a big impact on accident rates. For example:

By following these tips and making a dedicated effort to avoid high-risk behaviors, drivers can do their part to try to make sure to reduce crashes in what's left of 2015 and to try to do better next year.