The Risk of Suffering from PTSD After a Car Accident 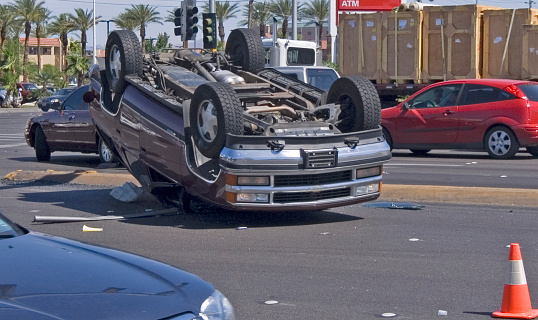 In many cases, these crashes can trigger the mental health condition known as post-traumatic stress disorder (PTSD), according to verywellmind.com, a mental health website affiliated with The Cleveland Clinic in Ohio.

PTSD occurs in someone after they experience or witness a terrifying event. Symptoms include flashbacks, nightmares, severe anxiety, uncontrollable thoughts about the event and temporary difficulty adjusting. Time and treatment can help PTSD sufferers improve, according to the Mayo Clinic.

The National Traffic Highway Safety Administration, part of the U.S. Department of Transportation, said that in addition to the fatalities in 2017, the crashes left 2,746,000 people injured. Millions of more crashes caused property damage.

A study published in 1995 in The Journal of Nervous and Mental Disease, a peer-reviewed medical journal on psychopathology, evaluated 158 crash victims. The study found that 62, or 39 percent, met criteria for PTSD one to four months after the crash.

“Personal injury (crashes) exact substantial psychosocial costs on the victims. Early intervention, especially in vulnerable populations, might prevent some of this,” the study said.

What are the risk factors in PTSD related to car accidents?

As to whether you can get PTSD after a car accident, the verywellmind.com story said that these factors could increase that risk:

The life-in-danger terror instilled by a crash can lead to avoidance behaviors like not getting in a car or not going on the highway. These behaviors, in turn, can increase the likelihood of PTSD.

This avoidance strengthens the belief that driving is dangerous, a thought pattern that can maintain the fear response. The avoidance of thoughts and emotions can interfere with the healthy processing of emotions, which can also increase PTSD risk.

Feeling shock, guilt, grief, helplessness, confusion, and fear are normal after a crash, but having PTSD means that these feelings have persisted and gotten worse.

What are the signs you may have PTSD?

Persistence and worsening of the following symptoms can help you figure out whether you have PTSD after a car accident:

In people who don't develop PTSD, these symptoms should naturally subside over time.

The Mayo Clinic said that for children 6 and younger, PTSD signs and symptoms can include re-enacting the traumatic event through play and experiencing nightmares that could include aspects of the event.

Treatments that have been shown to be effective for people suffering from PTSD include therapy, medication, yoga, and acupuncture.

Contact Dean Waite Attorneys At Law today for help after a car accident, and truck and motorcycle crashes.