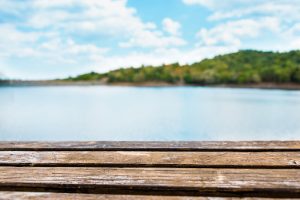 Authorities have determined the cause of death for two Alabama women found dead in Lake Tuscaloosa one recent weekend: electrocution. This type of incident, sometimes referred to as "electric shock drowning," has become an increasing concern and raises challenging questions regarding who might be liable.

AL.com reports the two friends had gone to the dock that Friday to sunbathe. However, when they didn't return for dinner, family members contacted authorities. Crews found the women's belongings on the dock, but they were missing. A dive team discovered the women's bodies around 4:30 a.m. Authorities suspected (and autopsies would later confirm) the women had been electrocuted, as there was electricity going through at least part of the pier. A final report is expected soon from the city inspector.

Although reports do not indicate who owned the dock where the women had been, property records show the area where they were is lined with private residences and docks along Lake Tuscaloosa. Liability for wrongful death in a situation like this would depend on who owned the property and what level of duty of care the property owner/controller had to mitigate this dangerous condition or warn the women about it. Such a claim would fall under the purview of a premises liability lawsuit.

Electric shock drowning is not an entirely brand new phenomenon in coastal Alabama, where a number of incidents have been reported in recent years. Contributing to this is the fact that an increasing number of docks are powered. We now have electric boat lifts, lights and shore-power connections on docks of all sizes. Electric shock drowning occurs when electrical currents, either from docks or boating equipment, pass into a person who is immersed in freshwater, paralyzing and ultimately drowning them. (It can occur in saltwater too, though the risk is higher in freshwater.)

Last year, a 15-year-old Priceville High School cheerleader drowned after she was electrocuted at her family's boat dock on Smith Lake in Winston County. The dock was later found to have been leaking electricity into the water. Her parents have since made it a mission to educate the public about this very real danger.

The Electric Shock Drowning Prevention Association was founded by the parents of an 8-year-old boy who died in the same type of incident in 1999 after grabbing a metal ladder to a boat, which had been leaking electricity in the river. Although the association has identified about 80 verified cases of ESD, it's believed this figure is very low because there is no visible way to know or tell if water surrounding a boat or marina is energized or will suddenly become energized to fatal levels. There is also often very little evidence that this was what occurred, meaning ESD can mirror other types of drownings, typically in otherwise healthy people. However, those other cases may sometimes be explained away as cramping or excessive alcohol use. Typically, unless someone else nearby feels the shock, it is not identified.

The organization reports most incidents occur at marinas and docks, both public and private. Children are the most common victims. BoatUS.com estimates at least 14 people annually die in ESD incidents. Sometimes faulty wiring is to blame, and even tiny amounts of electricity can be deadly within just a few seconds.

Premises liability and wrongful death attorneys in Mobile can help you determine whether you and/ or loved ones may have a claim for damages against the property owner or owner of faulty equipment or manufacturer of defective equipment.