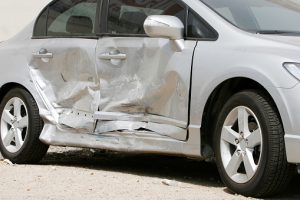 In 2018, Alabama saw a total of 946 traffic fatalities – a four percent increase from 2017. Aggressive driving and distracted driving are among the leading factors in fatal crashes in Alabama. That’s why two statewide bills are being considered that would mitigate the risk – one to address cell phone distraction and the other to prevent road rage on highways.

It’s already illegal to manually use a cell phone while driving in Alabama, but this ban on texting and driving isn’t enforced nearly as much as it should be.

Currently in Alabama, texting and driving is a primary offense, but the current law doesn’t apply to other handheld uses. Proving that a driver was texting, as opposed to holding a cell phone for other purposes, may be difficult.

That’s why lawmakers have introduced a bill that would crack down on texting and driving, as well as other handheld cell phone use. The bill was initiated after the 2018 death of a teenage driver whose vehicle was crushed under a large commercial truck.

The bill – which was sponsored by Rep. Allen Farley, R-McCalla – was recently approved by the House Public Safety and Homeland Security Committee and considered by the full House. In addition, Sen. Jim McClendon, R-Springville introduced a similar bill.

If the bill becomes law, first-time offenders would have to pay a $50 fine. The fine increases to $100 for a second offense and $150 for a third. Exemptions of the law apply to law enforcement and emergency responders, as well as navigational purposes.

While many drivers are talking less on their cell phones, they are holding or handling them more often, according to a study conducted by the Insurance Institute of Highway Safety (IIHS). In addition, drivers who manipulate cell phones are at a 66 percent higher chance of being involved in a fatal crash than those who don’t. It is also estimated that more than 800 traffic fatalities in 2017 were caused by drivers handling cell phones.

A new bill to help prevent road rage recently passed the Alabama House of Representatives by 61-24 and has moved to the Senate. If it becomes law, it will prohibit interstate drivers from remaining in the leftmost lane without passing another vehicle for more than a mile-and-a-half.

Exemptions apply only when drivers are passing through a construction zone, driving through inclement weather, or during times of heavy traffic.

The bill, known as the “Anti-Road Rage Act,” is sponsored by Rep. Phillip Pettus. The purpose of the bill is to prevent accidents or violence caused by drivers becoming angry due to slower-moving vehicles in the left lane.

“Interstates were set up for the movement of traffic. This will make interstate traffic move better,” he said.

After 25 years as an Alabama State Trooper, Pettus has seen the devastation caused by road rage. According to Pettus, if the bill becomes law, the Alabama Department of Transportation would use public service announcements and road signs to bring awareness to the public.

During a 60-day grace period, law enforcement officers will be able to issue warning citations to drivers violating this law.

On average, about 50 percent of drivers respond to the careless acts of other drivers with aggressive behavior. This includes horn-honking, flashing high beams, rude gestures, and shouting. Some drivers even resort to tailgating, slamming on brakes, ramming and bumping other vehicles, and even attempting to run other drivers off the road.

Enforcement of the “Anti-Road Rage Act” has the potential to significantly reduce highway tailgating and aggressive weaving between cars – both of which are common factors in highway crashes.

Your legal options after a crash

If you or a loved one was injured in a crash caused by any kind of driver negligence, it’s critical that you speak to a knowledgeable Mobile attorney before proceeding with your claim.

The legal team at Dean Waite & Associates, LLC will investigate your crash and place a fair, accurate value on the damages accrued. Don’t settle for anything less -- you fully deserve to be compensated.