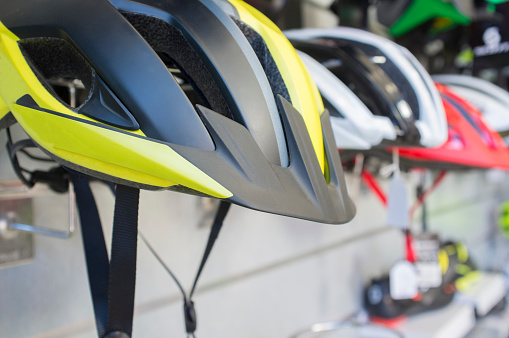 An 11-year-old boy from Mountain Brook, Alabama, who was seriously injured in a hit-and-run bicycle crash believes he's alive today because he was wearing a bike helmet, according to a recent report by WBMA.

The incident happened in May 2021 while Graham Ward was riding his bicycle to school. It was the last day before his summer break.

Graham doesn't remember too many details of the accident but says he was hit by a gray van along Dexter Avenue at West Montcrest Drive. The driver didn't stop, and neighbors found Graham lying bloody and unconscious on a nearby lawn.

When he came to, Graham was in an ambulance headed to Children's of Alabama. According to multiple local reports, Mountain Brook Police scoured the area for clues but were unable to find the hit-and-run driver.

Graham says he thought he was going to die after getting hit by the van and hopes that by sharing his story he can influence others to wear helmets.

As experienced bicycle accident lawyers who have helped a multitude of injured cyclists in Mobile and throughout Alabama, we absolutely agree that wearing a bike helmet is critical when you're going out for a ride.

Saved by a bike helmet

He didn't break any bones or sustain a head injury—two of the most common injuries cyclists suffer in crashes—but he was covered in painful lacerations and contusions.

Graham says his helmet protected his head very well in the crash, as he was wearing a piece of safety equipment by Bell Sports. He recently attended his 6th-grade graduation in a wheelchair, but doctors estimated he would be able to get around without it soon enough.

Despite the crash, the young man says he doesn't have anger toward the driver who hit him and is praying for him.

How to find the right bicycle helmet for you

Graham credits wearing a bicycle helmet with saving his life, and he might be right.

It's been shown that bicycle helmets reduce the risk of head and brain injury for the wearer by 66% to 88%.

Still, not all bicycle helmets are created equal, and getting the right fit is essential. Even an expensive, well-reviewed helmet can fail to protect you if it's too big or small for your head.

The National Highway Traffic Safety Administration has some tips on how to get the right fit for you:

Bicycling is not the only activity for which the NHTSA recommends children and adults wear helmets. If you or your child participate in any of these activities, consider purchasing a helmet:

After an injury, demand justice with Dean Waite

When a bicyclist is hit by a car, statistics show that it's likely the motorist's fault. Common injuries that result from bicycle accidents include head trauma, concussions, broken arms and legs, severe or chronic back pain, deep bruises, persistent neck pain, tingling, soreness, and scars.

If you were injured or a loved one died in a bicycle accident in Mobile or anywhere in Alabama, our law firm can help you seek justice and pursue full compensation for your damages. Don't fight with an insurance company and get pressured into settling for much less than what you truly deserve. Let our law firm deal with them instead so you can focus your energy on your medical treatment and recovery.

To find out more about your legal rights and options after a bicycle accident, contact us today for a free consultation. We handle cases involving personal injury on contingency, so there's little risk and potentially much to gain by hiring us to represent you. Don't hesitate...call Dean Waite right now.