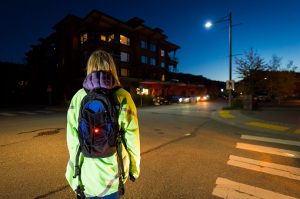 Pedestrian accidents present a significant risk to walkers at all times of day. However, the risk of accidents involving pedestrians is greater at certain times than at others. In particular, Centers for Disease Control and Prevention warns there is an increased chance of a pedestrian and automobile colliding at night time after it has gotten dark.

One recent collision shows how deadly nighttime pedestrian accidents can be. Local 15 TV reported on the accident, which happened at 2:00 in the morning. The pedestrian was a 40-year-old woman who was pronounced dead at the scene of a collision after she was struck by a Ford van. The deadly crash happened on a Tuesday, and it occurred on Alabama 193. The collision was still under investigation by Alabama State Troopers who were trying to determine how the crash happened.

Pedestrian accidents are far more likely to happen late at night like this, in part because drivers may not expect pedestrians to be walking on roadways. When possible pedestrians should try to avoid busy roads during the evening hours and should stay on sidewalks when they must be out late walking. The busier the road, the greater the chance a pedestrian will be hit by a driver at night.

Pedestrians who walk at night also should do everything they can to make sure motorists are able to see them despite the darkness. This means people who walk at night should wear bright, reflective clothing and should carry a flashlight with them when they can. Bright clothing and the use of a light can make it easier for drivers to see pedestrians and to react in time to avoid striking them.

Pedestrians walking at night must also be especially careful to cross only at designated crosswalks or traffic signals; to avoid walking out in front of traffic; and to make sure they yield to cars. While a driver should react during the day if the driver sees a pedestrian come onto the road unexpectedly, a driver at night may not be able to see the pedestrian in time to stop.

It is not just the responsibility of pedestrians to try to avoid nighttime collisions. Drivers also need to make sure they stop and rest if they get too tired while driving at night, and must always stay sober and avoid distractions like phone use. It is up to drivers to make smart and safe choices by being on the lookout for pedestrians at all times to avoid a nighttime collision.