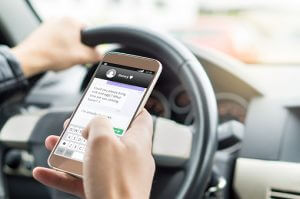 Driving while using a cell phone is simply not safe, even if you are using your phone hands-free. Rising car accident rates, in part attributed to distracted drivers, show why it is so important to put the phone away while driving.

Since 2014, the increase in auto accident fatalities on U.S. roads has been dramatic, especially after decades in which the number was steadily declining. From 2014 to 2015, there was a 7.2 percent increase in the number of deaths in car accidents.

At the time, this was the biggest year-to-year increase since 1966 and was called a "crisis" by the National Highway Traffic Safety Administration. Now, Wall Street Journal reports the year-to-year increase in fatalities from 2015 to 2016 is expected to be even greater. Although final data is not yet in, preliminary data shows a 10.4 percent rise in fatalities between 2015 and 2016.

Different possible explanations are offered for why this is happening, including increases in driving because of lowering gas prices. However, 24/7 Wall Street suggests phone use and other distractions play an important role, as an average of eight people are killed in distracted driving accidents daily. In addition to those dying, another 1,161 people get hurt in crashes involving driver distraction.

While there are different sources of distraction, phone use can be a big problem, especially as more people continue to acquire cell phones. National Safety Council reports talking or texting can take a substantial amount of focus off the road and cause you to miss seeing as much as 50 percent of what is around you and out your front windshield, even if you are using a hands-free system to talk or text.

Most people are aware of the risk of phones, but this does not stop drivers from using them. Drivers assume hands-free systems are not dangerous because they are not illegal, so they talk on the phone despite the fact a person is simply not able to focus fully on safe driving while attempting to have a conversation. Motorists also start to think they won't be the ones to get hurt in accidents because they repeatedly use their phone and nothing happens to them. This creates a confirmation bias that convinces them they can safely drive while distracted. The thing to keep in mind is, it only takes one tragic incident for an accident to happen.

With the dramatic rise in auto accidents, it should be more clear than ever that no one should be using their phones while behind the wheel.