The Pros and Cons of Car Safety Technology for Alabama Drivers 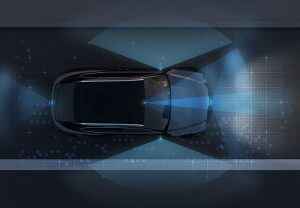 As new technology continues to be introduced to the automobile industry, many new vehicles are becoming safer.

These crash mitigation systems are proving to be effective. However, they can have unintended consequences that can put lives in danger.

How Safe Is Automobile Safety Technology?

According to the Insurance Institute for Highway Safety (IIHS), there are currently two safety features that are making headway in the automobile industry. These include:

Like any kind of technology, errors and glitches can occur. Automobile engineers tested adaptive cruise control in four different situations: following a vehicle that slows down, comes to an abrupt stop, stops and accelerates, and veers in front of the test vehicle from another lane. For the most part, the feature did exactly what it was designed to do: stop to prevent a collision. However, the feature failed to work on some occasions.

The engineers also tested active lane-keeping on curves and hills. The feature worked to keep the test vehicle in its lane for the most part. However, there were a few instances when the driver had to disengage steering assistance and take control of the wheel.

Emerging safety features are effective at reducing traffic accidents caused by human error. But if drivers become too reliant on this technology, they could allow their attention to be taken off the road.

An Esurance survey found that drivers of vehicles equipped with semi-autonomous features were distracted:

Drivers of vehicle without semi-autonomous features were shown to be less distracted. They were found to be distracted:

Drivers should never rely on automobile safety features as a substitute for their own attention. They are not intended to replace human responsibility behind the wheel. When drivers take their eyes off the road, it only takes one system malfunction to cause a serious accident.

If you or a loved one was injured because a distracted driver failed to uphold his or her duty of care, it’s important to speak to an experienced Alabama auto accident attorney as soon as possible.

Contact Dean Waite & Associates, LLC today and find out how we can help you.