Where Head-On Collisions are Most Likely to Occur in Mobile 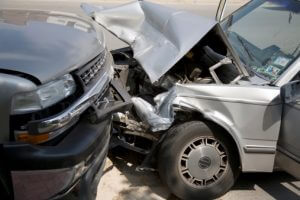 A head-on collision left two dead in Mobile, recently. Fox 10 reports the accident occurred on Celeste Road and involved three vehicles.  A young girl under age four and a woman in her early 50's were both killed after a vehicle crossed the center lane and struck another car head-on. A third vehicle, a black truck, crashed into the wreckage created by the first two cars. The cause of the head-on accident is still under investigation.

Head-on crashes account for a disproportionately high number of fatalities in Alabama and throughout the United States.  Understanding where head-on crashes are most likely to occur is an important step for motorists and lawmakers who want to reduce the dangers associated with these serious accidents.

Where Head-On Collisions are Most Likely to Occur

Close to five percent (4.2 percent total) occur in situations where one driver is passing or trying to overtake another driver.  In Alabama, there were 11,352 crashes in no passing zones in 2012, and these accidents accounted for 8.85 percent of all collisions. In total, 212 people died in Alabama crashes in no passing zones.  Improper passing was also described as a cause of 125 motor vehicle crashes involving trucks.

Another common site of head-on collisions is two lane undivided roads, which are the location of 75 percent of accidents in which vehicles strike head-on. Two-lane undivided roads have traffic going in two different opposing directions, with only a yellow line separating the cars on opposite paths.  Adding rumble strips and physical barriers to the middle of the road to prevent drivers from crossing into opposing traffic could help to make these areas safer. Drivers also need to be careful to avoid distractions, to stop operating their vehicles when drowsy, and to avoid drunk driving- all of which are behaviors which exacerbate the risks of head-on collisions on two lane roadways.

Highways are also a common site of head-on collisions as are entrance and exit ramps. It is common for head-on crashes within these locations to occur when motorists enter a highway going in the opposing direction of traffic. When there are inadequate road signs or when an entrance and exit ramp sit right next to each other in a parallel direction, the chances of this type of crash are greater.

Drivers must be careful at highway on and off ramps, as well as rural roads, to avoid head-on collisions.