Do Not Disturb Features Do Not Protect Mobile Drivers from Injury 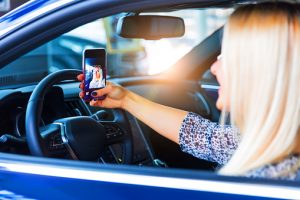 Distracted driving has become a pervasive problem on the roads of Alabama. With smart phones becoming increasingly ubiquitous, technology manufacturers are taking steps to improve and expand Do Not Disturb functions that prevent a driver from using their phone while driving. Business Insider reports that the iOS 11 operating system for iPhone—due for release in late 2017—will include a comprehensive “do not disturb while driving” function.

This function will automatically detect when a user is driving and engage itself. The user receives no notifications and cannot access the home screen until he or she stops driving. (The user can override this setting by following a series of prompts, and passengers will therefore be able to prevent being locked out when their iPhones sense they are in a moving vehicle.)

This move by Apple comes after a series of lawsuits. The New York Times reports on one such tragic case that killed a driver and passenger, and left a child paralyzed. The driver of a Dodge Ram, checking her iPhone for messages while speeding on a Texas highway, crashed into the sport utility vehicle carrying the victims. The Ram driver was convicted of negligent homicide, but the victims’ families sued Apple. While this lawsuit is not expected to succeed, it does raise a larger issue for drivers across the world: who exactly is responsible for preventing distracted driving?

The Alabama Code prevents texting while driving. Notably, §32-5A-350 also specifically allows for the use of a navigation system or app, but only if the coordinates of the destination have been programmed prior to driving. Programming the destination while driving is a violation of the statute.

Drivers in Alabama also have the longstanding legal obligation to drive with due care. A violation of this obligation is negligence, which exposes a driver to civil liability, and obligates him or her to compensate all injuries and other losses (“legal damages”) of any victim of the negligent driving.

In serious circumstances, drivers can also be criminally liable for distracted driving. This is what happened to the Dodge Ram driver in Texas: the mere act of checking her text messages became a felony, because people died as a result.

The fact remains that no Do Not Disturb feature can completely eliminate distracted driving. Drivers must accept personal responsibility for avoiding any distractions and driving safely. Parents should be particularly cautious with their teen drivers, whose inexperience makes them particularly susceptible to the dangers of distracted driving. Clear guidelines for the use of technology in the vehicle should be implemented and enforced. Other distractions—such as loud music and noisy passengers—should also be addressed with teen drivers.

Apple has been taken to task directly for this in a number of personal injury lawsuits. Such claims allege the company has the technology to prevent drivers from accessing cell phone data while vehicles are in motion, but have failed to do so. While those claims have not been successful so far, our lawyers will be closely watching the outcome of pending cases.