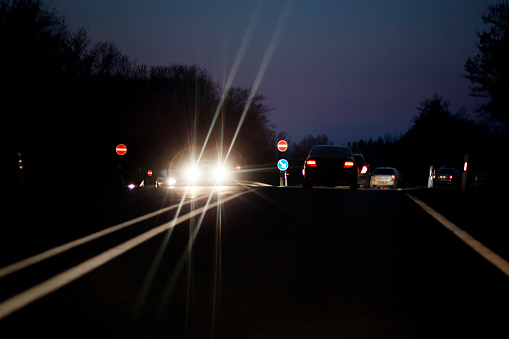 A car accident lawyer reveals what to know

Thousands of vehicles can travel down a busy road on any given day. It only takes one negligent driver to cause a car accident that leaves people seriously hurt or killed. An accident can happen in seconds and change lives forever. One of the most dangerous types of crashes is a head-on collision.

A recent accident in Mississippi was a reminder of how quickly these collisions can happen and how deadly they can be.

It soon collided head-on with another vehicle just north of the Rodriquez Exit.

Police responded to the accident at about 9:45 p.m.

Both motorists were pronounced dead at the scene, according to the Harrison County Deputy Coroner.

The D’Iberville Police Department was still investigating the fatal crash and asked anyone who had information about the accident to contact them.

What causes head-on collisions? In order for one of these types of crashes to happen, a driver has to cross over into another lane or go the wrong way down a street or highway ramp. There are many different causes, and most involve driver negligence.

Head-on collisions in Mississippi and Alabama have been caused by distracted drivers who were texting, talking on the phone, or adjusting dashboard controls. Some were speeding or driving recklessly and lost control of their car. Others were driving under the influence of alcohol or drugs. In some cases, drivers had fallen asleep at the wheel.

Injured victims and the family members of those who die in head-on collisions caused by others deserve financial compensation for their losses (accident-related expenses). But the process of recovering compensation can be complicated.

If they survive the crash, negligent drivers often deny doing anything wrong and refuse to accept responsibility for what happened.

Insurance companies know there is a lot of money at stake and will try to pay victims and their families as little as possible. There are many tactics they use to try to minimize compensation. They may even try to suggest that the victim was at least partially at fault for the accident. Or they’ll make a settlement offer that falls far short of covering the damages that were suffered.

How a lawyer can help

That’s why it’s extremely important to have an experienced car accident lawyer when seeking compensation following a head-on crash.

How can an attorney help? A lawyer will have the experience and resources to investigate the crash to get the facts about what happened. The firm’s legal team knows where to look for evidence that proves negligence. A lawyer will also carefully review accident reports and medical records and interview witnesses. In some cases, accident reconstruction experts are consulted.

This allows an attorney to build a strong case that puts victims in a better position to demand compensation from the insurance company. Many times, a lawyer is able to negotiate a settlement. If a settlement is not possible, a case can be pursued in court.

Dean Waite & Associates, LLC fights for the rights of accident victims in Mobile and throughout Alabama. Attorney Chase Davis is a personal injury lawyer from our firm who is also licensed to practice law in Mississippi. As your attorney, Chase can aggressively advocate for your best interests and fight for the compensation you need and deserve.

If you were injured or a loved one died in a head-on collision in Alabama or Mississippi, contact us today to schedule a free consultation with an experienced car accident lawyer.