How to deal with insurance companies after a car wreck 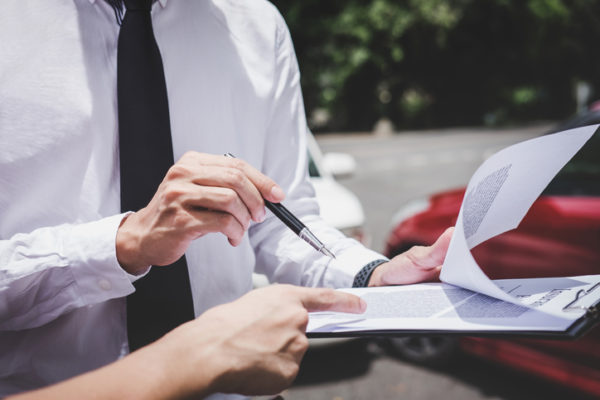 One of the most frustrating things about being involved in a car wreck is dealing with the other driver's insurance company. You're already dealing with a significant amount of damage to your car, mounting medical expenses and lost wages. If you're expecting the at-fault driver's insurance company to fully compensate you, you may be in for a rude awakening. Insurance companies stand to lose thousands (sometimes millions) of dollars in a crash. They are primarily interested in keeping as much money as possible.

Since Alabama is an at-fault or "tort" insurance state, you will need to prove that the driver who hit you was negligent. Regardless of the circumstances surrounding your car wreck, insurance companies will likely argue that there is insufficient evidence proving that the other driver was at fault. Even when there is sufficient evidence, there is always an attempt by the other driver's insurance company to minimize your compensation. Here's what you should know.

Insurance companies use a slew of tricks to avoid compensating you. It's important that you understand their tactics so you don't get lured into their trap. These include:

Insurance companies often attempt to settle for pennies on the dollar to close out a case as quickly as possible. They may try to take advantage of your financial situation in hopes that you'll accept a settlement. If you accept a quick settlement, you won't be able to pursue additional damages. You may later learn that you need an operation, long-term physical therapy, and may be out of work for several months. In addition, a quick settlement will never cover non-economic damages, such as pain and suffering. It's critical that you get compensated for all of your damages, not just a small fraction of them. That's why you should never accept a settlement from an insurance company without first speaking to an attorney.

Keeping you in the dark about what damages your insurance covers

Insurance companies will intentionally refrain from telling you what damages you may recover after a crash. The last thing they want you to know is that you are eligible for lost wages, non-economic damages and future medical expenses. It's critical that you know your rights when pursuing damages. An experienced car accident attorney can go over your legal options, inform you of your rights, and place an accurate value on your case.

Stalling out your case

Insurance companies don't want you to have a strong case. In order to make it as difficult as possible to pursue damages, they may purposely refrain from answering phone calls or may add as much red tape as they can to your case.

Sending you to one of their doctors or automotive repair shops

Another tactic used by insurance companies is referring crash victims to doctors or repair shops they're familiar with. They do this so they can get biased opinions about your crash from doctors and car mechanics. That's why it's best not to fall for this trick. Schedule your medical evaluation with a doctor who will state the facts, not someone who will favor the insurance companies.

The best way for you to deal with insurance companies is to not deal with them at all. You will likely get a phone call from the other driver's insurance company asking for a recorded statement. If you give it to them, your statement can be misconstrued as admitting fault. Your own words could later be used against you. You can avoid this by simply telling the insurance representative that you have hired an experienced Alabama car accident attorney.

Dean Waite & Associates, LLC knows how to handle cases like yours and get results. We can deal directly with the insurance company while you focus on your recovery. We can also urge the other driver's insurance company to look at the total value of your case and all of the damages accrued, including property damage. Our legal team will settle for nothing less than the compensation you're entitled to. Contact us today.